Comments Posted on My Blog

Many of the comments posted on my blog are quite interesting and insightful; and they leave much room for thought.  I know that many blog readers don’t read the comments, so I’ll share some of them here.

My last post, The Year (of My Blog) in Review, prompted some sympathetic comments on behalf of the author, Nina Sankovitch, whose book,  TOLSTOY AND THE PURPLE CHAIR, I’d panned.  The book was a record of her year reading a book a day as a means of  “healing” herself after the death of her sister.

About this post, two people I respect felt that I was, perhaps, a bit hard on the author and her book.


“Ouch, go gettem, Helen!  I admire a mind that is clear on her opinions….”


“In defense of Nina Sankovitch (I have not read her book), I want to note that grief is a very strange country to inhabit and that she was probably doing the best she could to go on after losing her sister….  Maybe it shouldn’t have been a book—clearly, it wasn’t a book for you at that time—but I have read essays and letters and such by other people who took up books in times of grief, and one of the things they have in common is that almost every written word the grieving reader encounters, however trivial, seems to take on a different coloration and become a personal message from the Universe.  And really, that’s quite wonderful, isn’t it?  Anything written out of that kind of grief is almost like a letter from another plane.”

I suppose I was feeling a little defensive when I responded, as follows:


“My initial reflex was to feel chastened by suggestions that I have been hard and unkind in my analysis of Nina Sankovitch’s book.  (I faced the same discomfort when I had to grade my students’ papers!)

It’s interesting to note that when I wrote some pretty awful things about Tolstoy in my post on WAR AND PEACE, not only did no one complain about it, but I was cheered by many.  Of course, it becomes more sensitive when it is a living author who is being discussed; nevertheless, I think it’s important to remain honest in one’s assessment of a work, no matter the circumstances.

I’m certainly sympathetic to the author’s grief:  but it does not excuse bad writing.  If one can grant Sankovitch the right to use reading as a way to ease her grief, and for finding in each book a lesson to be learned and a reflection of her own experiences, we can’t grant her the right to make statements which mean nothing—‘The book is perfect, a genuine communication of the heart.’—nor to use a false premise for her ‘project.’

If reading can, indeed, ease her suffering, why must it be a book a day?  Why can’t books or authors be reread?  Some books that could have helped her might take longer to read; some favorite authors might elicit new insights in a rereading of them.  Choosing an inch-wide spine has nothing at all to do with reading as a healing mechanism; instead, it seems more like an arbitrary decision—or one which she thought would help her get a book published!

In this day when it is more and more difficult for good writers to get their work published, I think we need to be extra diligent in doing what we can to discourage publishers from publishing books of poor quality—or from publishing them because they have some kind of “gimmick” to recommend them.

It’s not called literary ‘criticism’ for nothing!”

As for Tolstoy:  although most agreed with my assessment of WAR AND PEACE, several suggested that I give Tolstoy another chance by reading ANNA KARENINA.  So, I plan to do that—but not quite yet!

I made some errors in a few of my posts, and those were caught by readers.

I’d said that one could see Jude Law’s HAMLET on Netflix, but I was mistaken.  The best you can do is see scenes from it on YouTube; but there are lots of scenes there, so you’d practically be seeing the entire play! 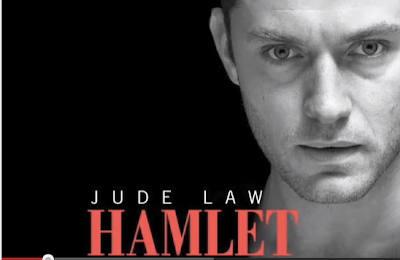 In my post, Some Thoughts About Books as Objects, I’d said that I had friends who had Elizabeth Barrett Browning’s set of Homer.  Well, I was wrong on 2 counts:  The set was of Euripides, not Homer; and my friends no longer own it:  they’ve sold it!  If you want to see those amazing books, you'll find them at the Armstrong Browning Library at Baylor University in Waco, Texas.

The post on What Makes a Good Personal Library prompted someone to say that “Most of the voluminous private libraries I’ve seen are for show only.”

In my reply to that, I noted that this is certainly true of some private libraries.  After all, there are people who buy books by the yard or beautifully bound books of blank pages and the like (see The Year (of My Blog) in Review for more on that).

But I also commented that such people still chose books to look at rather than a collection of Rolex watches—which I’ve also seen in some houses I've gone to!  And I noted that


“many private libraries can be ‘personal’ ones as well—which is what I titled my post—in that books in them need not be valuable, but only important to [the owner] in some way:  important enough to drag heavy boxes of books from place to place, as I (and others) have done over and over again.”

The post on Public Libraries had Marash Girl tell us the sad news about her local libraries:

I agreed with her:


"One doesn't need an expensive school. (Didn't Socrates do all his teaching in a grove?)  All one needs are good teachers and good libraries.  Now, even universities  build libraries at the outskirts of the school, or in one awful case, underground!  You can go to school in these places and never even know that there is a library!  In days of old, the library was the center of schools and communities."

In What Readers Can Learn from Woody Allen, I used Woody Allen to ask the question of whether or not it’s appropriate to focus on the life of the artist when analyzing the artist’s work.  The answer to this question is not so clear, as is indicated by Freckles’ comment:


“My first reaction is this:  actors, writers, musicians, sports figures, etc. are lauded for their talents and then burdened with the public’s need to like them.  Why?  Why do I need to like Woody Allen and approve of his life choices in order to enjoy his films?

Because he is famous, I am exposed to ‘inside information’ that would otherwise be none of my business.  I may not like the information, but the facts themselves do not detract from his talent—just from my ability to enjoy his talent.  For me, Allen’s ‘scandal’ does muddy the waters of what used to be clear enjoyment.   It sneaks up on me and puts a damper on things.  I have, however, made a conscious decision to continue seeing his films and to try to enjoy them.

Mel Gibson, not so much….

I’m glad Shakespeare didn’t have to contend with tabloids and documentaries; he would have never made it.”

And finally, in my last post I had photos of sculptures made out of books and asked the question, “are they ‘art’ or are they the destruction of books by other means?”

One commenter suggested that these were not art, but “at best, a form of recycling…”  But commenter Karen made an intriguing point when she wrote:


“I share your uneasiness about the implications [of sculptures made from books], and THAT is probably what makes them ‘Art.’  The fact that they were left on the doorsteps of libraries and bookstores anonymously adds to their mystique.  They are skillfully executed, to be sure, but skill alone does not make art.  It’s the imagination, the edginess it causes, the attention it brings to a world that is morphing so fast that one can hardly hang on to what they love before it is swept aside by the winds of change.  It’s a commentary on the changing nature of choice.”

Let’s hope that in all this change and with all these choices, books will maintain their important place in our lives and in society.

Have you a comment on any of the comments?
Posted by Farshaw@FineOldBooks.com at Thursday, January 19, 2012

The interactive, conversational aspect of blogging means a lot to me, Helen, and I see it does to you, too. So many people who might never meet in person can come together in this space. We may agree. (Often we do.) Sometimes we disagree. Everyone brings different life experiences and perspectives and somewhat different orderings of values to the table. Thank you for hosting our gathering here so graciously!

Thanks for this lovely note, Pamela, and for allowing me to post your other comment on the front page of my blog.

I love the way you phrase things; thanking me for "hosting" a "gathering" through my blog gave me a whole new perspective about it -- as well as more motivation for the task.

As for you, Freckles, the typo was mine, not yours, and is now corrected. As always, your comments are witty and to the point and I thank you for them.

Thank You for sending the
blogs to Me.